With respect to my emails - I have found evidence Eps are misusing Canada's Anti-Spam Legislation and in that they are acting out a example of Cyberbullying and further defamation. They are misapplying, misusing telus and communication technologies to repeatedly intimidate and harass and obstruct justice. They are attempting to stop me from giving evidence while knowing presentation is every-thing. In facilities system persons acted out crimes of stopping me from having pens and paper to write with. - - - They are attempting to cover-up all I reveal and to bury me like famous cover-ups such as Watergate Scandal, Iran-Contra Affair, My Lai Massacre, Pentagon Papers, the cover-up of corruption in New York City under Boss Tweed (William M. Tweed and Tammany Hall) in the late 1800s. - - - The methods in actual cover-ups tend to follow: Flat denial, Convince the media to bury the story, Preemptively distribute false information, Claim that the "problem" is minimal, Claim faulty memory, Claim the accusations are half-truths, Claim the critic has no proof, Attack the critic's motive, Attack the critic's character, Make discovery of evidence difficult. Cops in all ways breach , https://en.wikipedia.org/wiki/Cover-up - cover-up adds many crimes (obstruction of justice, perjury, payoffs and bribes, etc
Posted by SHAWN CULLEN 7 comments:

The Summit Report of the end-times- Behold. by the grace of God - The Cullen Report - Malachi 2:2 I have cursed them, and why is that they have not taken the words to heart. - Quick intro

YOU MIGHT NEED TO ADJUST VOLUME Why persons do not have a right to deny my blog? ---------------- You know the amazingly obvious answer; #1 - A law-firm owner Ronald A. Morin said I am a literary leader who was thrown in the remand on BS trumped up charges and said my case is the most important free speech case in the country. #2 - As you are able to read in my 23 page report, a temp legal-aid lawyer named Guy Doyon declared in court that there appears “a system out-rage” advanced at me. Court people were not expecting that and mysteriously Mr. Doyon was not seen again in my story. #3 A director of the elder advocate society of Alberta jumped into the picture and told lawyer Ronald Morin that I was abducted by eps cops. #4 - That director mailed to governing persons and made public that the prosecution admitted on June 16 2016 that ten months later it could not determine whether are not the charge put at me was justifiable or not. #5 - That director of that society made public in writing that there is the “damning” appearance that I was falsely charged and that I am facing processes that violate all my rights and that shows a appearance of a intent to maliciously prosecute me while fraudulently using the public’s tax dollars to act that out. #6 – The lawyer named Laurie Wood said I am being persecuted like Joan of Arc and activist Ruth Adria said that while churches and citizens appear dull of hearing and turning blind eyes she fears system persons want to use that so I am murdered like Joan of Arc was. #7- A Alberta man who ran in a municipal election said my report flows and he gave a warning about cops spying on me and system stalking. #8- My report proves all things and answers to any thing. #9-Before I was falsely arrested a press network owner named Arthur Topham thanked me publicly for having the courage to address system corruption and wicked lies. #10 I have proven all things yet all is silent and Mr. Ronald Morin has mysteriously not contacted Ruth Adria to give good news that the non-lawful things advanced at my rights are dropped or dismissed. #11 – I am homeless and spent all money I had to prove publicly and I am a man who has even written his own epistle in what appears a city of shame & hype. ---------------------------------------------------------------------------------------------------------------------------------------------------------- http://elderadvocates.ca/shawn-cullen-justice-denied/ - BEHOLD ; I have given the revelations named Genesis's Biknown and have proven evidence of how incest, acting sensual, mouth lust, self-lust, ways not straight, bestiality, lust crimes at elderly people, a proud lust to murder, worldly anger, and arrogantness is all related to pedophilia. Mr. Morin cannot feign less and cannot act as if my rights were and are not violated like the rights of Martin Luther King Jr., Aung San Suu Kyi, Liu Xiaobo, Rosa Parks and Roxana Saberi - The Cullen Report - https://pseudoastro.wordpress.com/2009/12/07/logical-fallacies-argument-from-personal-incredulity/ >
Posted by SHAWN CULLEN 1 comment: 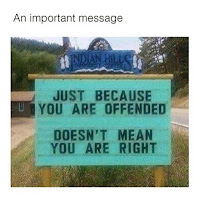 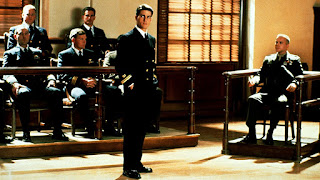 \
Posted by SHAWN CULLEN No comments:

Breached Securities - The business of everybody ...

Ignoring my report proves a person does not have real love and ignoring my report proves a policing authority is not real authority or health authority is not real. Witness the 23 page Summit reality report of the Century - On the 24th of this month I ran into a off-duty rcmp officer at a light and I spoke of my free-speech rights being violated and I gave the officer my blog address to my report. The officer said I might need to wait to find justice in this province. After midnight I found I was stalked by a civilian who pretended as if they were being a friend and yet I ran into them a number of times within a half an hour and I saw a corrupt cop in a police vehicle hide. I told the man that I know he was stalking me, and I told him my report is seen by a great number of businesses all over Edmonton, and I told him its illegal for cops to interfere with me in any way. He took off like a bat out of Hell and I reported the matter to friends. Its illegal that cops use civilian system connected persons to act as spies and informants.
Posted by SHAWN CULLEN 2 comments:

NARCISSISTS DESTROY WHO THEY CANNOT CONTROL